The Ultimate Goal Of Chiropractic Care 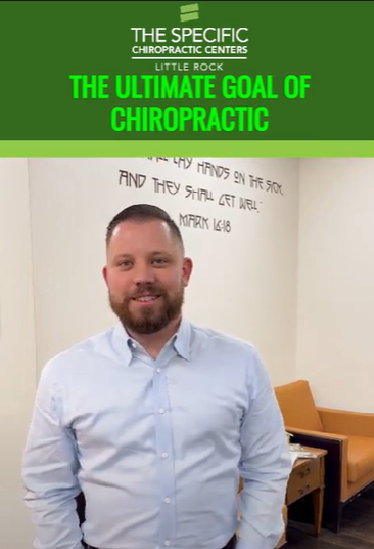 A Patient Came In Today

On visit five of a twenty-four visit care program reporting some lower back pain that he had previously not been presenting before, and one may say, “I thought chiropractic care was all about getting rid of spinal pain.”

Here is a theory:  If your spine had a curve in it and we made a correction to the upper bone in the neck, and that spine began to straighten and assume proper alignment, do you think that that might cause symptoms as that process begins to happen? And one might think that yes, they would expect some symptoms associated with the spine correcting itself.

In our office, we don’t base anything off symptoms because oftentimes symptoms are an indicator that something is actually changing, potentially even improving-much like when you go into an orthodontist, and they put braces on the teeth, and the teeth begin to straighten. It’s not a fun process to go through.

It’s not always a fun process as the spine begins to assume a normal alignment or begins to heal naturally and heal without drugs or surgery. It undergoes a big structural correction that is long-lasting.

Instead of just addressing symptoms, we’re looking for a long-standing correction that actually allows for you to not have to come see us as often, which ultimately is the goal of chiropractic. We want to fix the underlying problem without the use of drugs or surgery to the point where your body becomes independent of us because of the intelligence that resides within it.